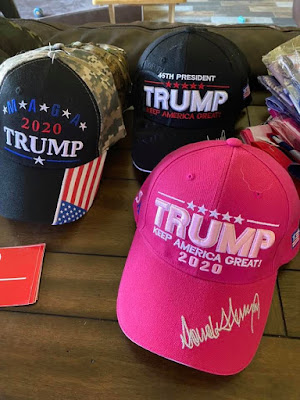 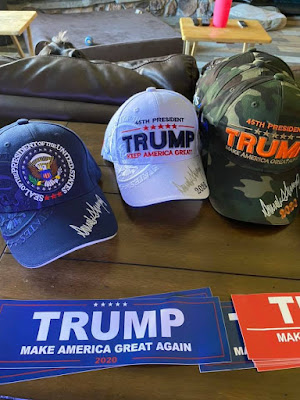 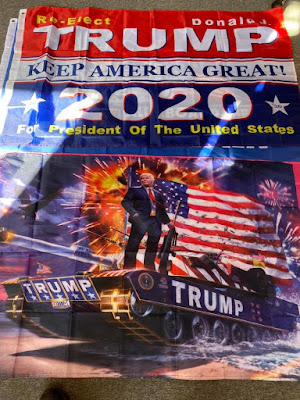 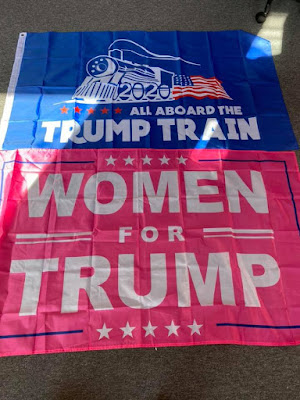 Wow, your state must have a really shitty governor.

Wow your state must have a really shitty governor. https://t.co/wsr1qBdEFN

U.S. officials have told Sen. Bernie Sanders that Russia is attempting to help his presidential campaign

View this post on Instagram
U.S. officials have warned Sen. Bernie Sanders (I-VT) that Russia is attempting to boost his prospects of winning the White House in 2020, according to the Washington Post. President Donald Trump and Congressional lawmakers have also received briefings regarding the Kremlin’s efforts to boost Sanders, sources familiar with the matter told the Post. “I don’t care, frankly, who Putin wants to be president,” Sanders said in a statement to the newspaper. “My message to Putin is clear: stay out of American elections, and as president I will make sure that you do.” “In 2016, Russia used internet propaganda to sow division in our country, and my understanding is that they are doing it again in 2020. Some of the ugly stuff on the Internet attributed to our campaign may well not be coming from real supporters,” he added. A spokesperson for the Sanders campaign would not comment on the nature of Russia’s attempted efforts to help the Vermont senator. The development comes after Sanders raised the prospect of Russia being behind online posts in support of the lawmaker, which have been described as toxic and violent by former Mayor Pete Buttigieg (D) at this week’s Democrat debate in Nevada. Several other Sanders detractors have made similar claims. “All of us remember 2016 and what we remember is efforts by Russians and others to try to interfere in our election and divide us up,” Sanders said, referring to memes posted by alleged Russian government agents in the last election.
A post shared by Breitbart (@wearebreitbart) on Feb 21, 2020 at 2:15pm PST

View this post on Instagram
U.S. officials have told Sen. Bernie Sanders that Russia is attempting to help his presidential campaign as part of an effort to interfere with the Democratic contest, according to people familiar with the matter. President Trump and lawmakers on Capitol Hill also have been informed about the Russian assistance to the Vermont senator, those people said, speaking on the condition of anonymity to discuss sensitive intelligence. — The Washington Post 🤯
A post shared by Culttture (@culttturehq) on Feb 21, 2020 at 5:54pm PST

View this post on Instagram
President Donald Trump mocked Democrats for suggesting that Russian President Vladimir Putin would try to help him win reelection in 2020. “I see these phonies, the do-nothing Democrats, they said today that Putin wants to be sure that Trump gets elected,” Trump said. “Here we go again.” Trump dismissed the rumors as “disinformation” from Democrats, pointing out that it was the only thing that they were good at. But Trump appeared skeptical that Putin wanted him to win. “Doesn’t he want to see who the Democrat is?” he asked. “Wouldn’t he rather have Bernie, who honeymooned in Moscow?” The newlywed Sanders famously took a trip to visit the USSR in 1988 with his wife, when he was the mayor of Burlington, Vermont, where he celebrated the virtues of the Soviet Union. The crowd booed the mention of Bernie Sanders and the Democrats. “These people are crazy,” Trump said. “That’s all they think about. They don’t think about the country, they don’t think about jobs, they don’t think about lowering your drug costs, infrastructure.” Trump repeated that he would always fight for America first. Trust me, I like what we are doing and I love this country,” he said. “At the same time, we want to get along with Russia, we want to get along with all these countries.”
A post shared by Breitbart (@wearebreitbart) on Feb 21, 2020 at 6:25pm PST

This is so completely messed up if it's the intel community leak that it appears to be. https://t.co/NIlAlnBnkP

Now are you getting a taste of Trump supporters have to deal with. They ran a fake Russia investigation for 3 years against Trump, now Bernie is next.
— Melissa A. (@TheRightMelissa) February 22, 2020

Instead of notifying Bernie about possible Russian interference, why didn’t they just bug his offices, try to jam him up, then just accuse him of collusion like they did President @realDonaldTrump in 2016?
— Dr.Darrell Scott (@PastorDScott) February 22, 2020

What a week. We've had two fake Russia Collusion stories, one about President Trump offering a pardon to Assange and one about Russia interfering in 2020 to help President Trump. Both debunked in less than 12 hours. Our media is spinning out of control even more than usual.
— Shem Horne (@Shem_Infinite) February 21, 2020

Why is everyone a Russian asset but never a Chinese asset? Almost like the 800 pound gorilla in the room of strategic threats to U.S. security & global influence is less interesting than the 11 time zone land mass w/ an economy the size of Texas.
— Boris Ryvkin (@BRyvkin) February 22, 2020

Trump in Vegas: this was the crowd OUTSIDE in Nevada (a BLUE state)‼️ UNREAL

As President @realDonaldTrump took the stage, this was the crowd OUTSIDE in Nevada (a BLUE state)‼️ UNREAL ⬇️

A MASSIVE noon #TrumpRally in Las Vegas, Nevada with Great American Patriots who want to KEEP AMERICA GREAT! This MOVEMENT is unstoppable — which will be proven on Tuesday, November 3, 2020!

Check out the line before the #Trump #KAG rally in #LasVegas!

THANK YOU Las Vegas, Nevada! I was delighted to be back in a state I love, with proud, hardworking PATRIOTS. With your help, this November, we are going to defeat the Radical Socialist Democrats, and we are going to win Nevada in a landslide! #KAG2020

Massive crowd of #Trump supporters at #KAG rally in #LasVegas!

Republicans are fighting for citizens from every background, every community, & every walk of life. We are the party of boundless optimism, excitement, energy & enthusiasm. We are welcoming Americans of all parties & political persuasions to join our incredible movement to #MAGA!

YUGE crowd forming outside of the Las Vegas Convention Center in Las Vegas, Nevada for @realDonaldTrump!

Here we go... The Nevada Democrat caucuses will take place Saturday and officials are worried about another tech meltdown

The Nevada Democrat Party asked caucus volunteers to sign confidentiality agreements that would prevent them from talking to the media. The Nevada Democrat caucuses will take place Saturday and officials are worried about another tech meltdown. More news at thegatewaypundit.com, link in bio.

Read the don't-speak-to-the-press paragraphs from the NDAs the Nevada Democratic Party is making caucus volunteers sign:

President Trump: "They say they're going to have a lot of problems tomorrow, I hate to tell you this. I don't know. Have you heard? I hear their computers are all messed up just like they were in Iowa." pic.twitter.com/WKmMaBFovE

Nevada Democrats are trying to avoid an Iowa-like fiasco by hiring a call center to help with their caucuses https://t.co/C2NsrTSIvE

"They spent years getting high on their own supply about Biden’s strength and Trump’s weaknesses, but now they’re coming out of their narco haze and they’re panicking."

There is no more obvious and pathetic sign of Democrats’ panic about the upcoming 2020 election than the convenient return of the “Russia is meddling in our elections!” hysteria

As crazy as it is predictable

#Italian authorities reported 16 cases of the #Coronavirus as the country grappled with the surge after having just 3 total confirmed one day earlier.

Discovery of the cases “has created a situation of alarm,” sad Codogno Mayor Francesco Passerini. https://t.co/cEwK0k3BoM

Americans are more optimistic about the future than ever before. And it's not hard to see why.

Americans are more optimistic about the future than ever before. And it's not hard to see why.

At the Debate, Only Losers

The dirty little secret revealed by last night's debate: the media are f***ing garbage at their jobs. Every conservative has been ragging on Bernie's lake house for YEARS. And that was the first time he's ever been confronted about it. By a fellow candidate, not by a reporter.

...Wednesday’s Democratic presidential primary debate was revealing: Mike Bloomberg was revealed to be unprepared, something for which a man with his resources has no possible excuse; Amy Klobuchar was revealed to be a stammering daisy, her big moment coming when she whined that Mayor Pete was being mean to her about not knowing the name Andrés Manuel López Obrador; Bernie Sanders was revealed to be — well, we already knew that; Elizabeth Warren revealed herself to be the titular heroine of “Lifeguard Sleeping, Girl Drowning,” her madcap thrashing about no less obviously death throes for all of its animating rage; Joe Biden was there; my sympathy was with Pete Buttigieg as he turned around the stage from clod to cretin and from scold to demagogue with that Tucker Carlson-ish look on his face saying, “Who the @#$%&! are these clowns?” He’s a preposterous candidate for president — or would be, in more normal times — but he is very good as an audience surrogate.... (and the author here, predictably is not a Trump fan)

So there were finally winners in the #DemocraticDebate: the hundreds of millions of Americans who didn’t watch it on #CNN. https://t.co/16HxEHPI8H

"There may be 48 years worth of difference between Rep. Alexandria Ocasio Cortez and Senator Bernie Sanders, but they both have the same amount of experience getting anything done in Washington D.C." https://t.co/8ZYJZU3wm5 @Sultanknish

Just food for thought... Maybe the deep state Obama cancer will be excised, and not a moment too soon

This is such good news. Maybe the deep state Obama cancer will be excised, and not a moment too soon. https://t.co/k1FqqyXSYy

Nunes staffer, Kash Patel, will be working with Rick Grenell at DNI

Dems in a panic 🔥 #cleanhouse
https://t.co/jW7nPRPrkR

Anyone who’s read @LeeSmithDC’s excellent book will understand what an inspired choice this is. Kash Patel is one of the unsung heroes of very recent American history already—can’t wait for him to make an even greater contribution. https://t.co/736Tixs6tk

Here's a quick primer on who Kash Patel is & why the Fusion News Gang absolutely hates him after they spent more than 2 years claiming the Schiff Memo was AWESOME SAUCE & the Nunes Memo was a RUSSIAN CONSPIRACY THEORY: https://t.co/Zsx519mavx

How long until people figure out @RichardGrenell was intimately involved in uncovering/investigating all that theft of US foreign aid in Ukraine while he was supposedly just minding his own business as Germany's ambassador? 🤔https://t.co/Hp8iWVrKeb

Their trying to preempt any disclosures from the Ukraine investigation by claiming it's all coming from Russian agents; i.e., Trump administration people working for Putin.