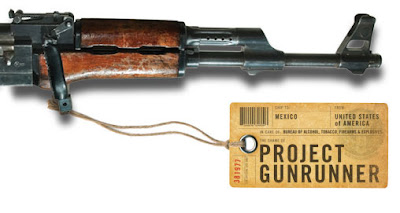 
ATF Director Ken Melson secretly testified Monday before the House Oversight Committee concerning Project Gunwalker -- without the knowledge of either the Justice Department or the ATF. Most importantly, he directly refuted the official "party line" coming from Washington regarding "Operation Fast and Furious":

• Contrary to denials by the DOJ, Melson said agents had witnessed transfers of weapons from straw purchasers to third parties without following the guns further


This morning, House Oversight and Government Reform Committee Chairman Darrell Issa and Senate Judiciary Committee Ranking Member Charles Grassley released a copy of a letter they sent to Attorney General Eric Holder on July 5 about Melson’s testimony. Melson’s revelations raise even more serious issues not only about the operation itself, but about apparent attempts by the Justice Department to mislead Congress on the details of the operation....

The details of Operation Fast & Furious just keep getting worse from the standpoint of prosecutorial ineptitude and incompetence. But with Melson’s testimony, it is also appears that the Justice Department and specifically Deputy Attorney General James Cole have been obstructing Congress and engaging in a cover-up to prevent Congress and the public from finding out just how much the leadership of the Justice Department was involved in this expanding scandal.


The evidence we have gathered raises the disturbing possibility that the Justice Department not only allowed criminals to smuggle weapons but that taxpayer dollars from other agencies may have financed those engaging in such activities.