McConnell says Obama agenda is `over'

◼ link
Senate Minority Leader Mitch McConnell declared Saturday that President Barack Obama's legislative agenda is "over," but said GOP lawmakers are willing to work with the White House to do what they "think is right for America."

In a speech Saturday night to a GOP crowd in his hometown, the Kentucky Republican derided Obama for performing "Clintonian back flips" to portray himself as a moderate, but said it's yet to be seen whether the new tone is "rhetoric or reality...."
at 11:55 PM


CAIRO – Egypt exploded with joy, tears, and relief after pro-democracy protesters brought down President Hosni Mubarak with a momentous march on his palaces and state TV. Mubarak, who until the end seemed unable to grasp the depth of resentment over his three decades of authoritarian rule, finally resigned Friday and handed power to the military.

"The people ousted the regime," rang out chants from crowds of hundreds of thousands massed in Cairo's central Tahrir Square and outside Mubarak's main palace several miles away in a northern district of the capital.

The crowds in Cairo, the Mediterranean city of Alexandria and other cities around the country burst into pandemonium. They danced, chanted "goodbye, goodbye," and raised their hands in prayer as fireworks and car horns sounded after Vice President Omar Suleiman made the announcement on national TV just after nightfall.

I am addressing the youth of Egypt today in Tahrir Square and across the country. I am addressing you all from the heart, a father's dialogue with his sons and daughters.

I am proud of you as the new Egyptian generation calling for a change to the better, dreaming and making the future.

First and foremost, I am telling you that the blood of your martyrs and injured will not go in vain. I assure you that I will not relent in harshly punishing those responsible. I will hold those who persecuted our youth accountable with the maximum deterrent sentences.

Karen Brooks - Taxed to serfdom: Can government be fiscally responsible?

◼ Taxed to serfdom: Can government be fiscally responsible?

"Taxed Enough Already!" is the rallying cry of the tea party movement, and rightly so. Tea Party Patriots protest not only wasteful spending at all levels of government but the increasing debt that must be paid with interest. Making matters worse is the continued growth of government jobs during the Great Recession.

We have two Americas, the government and the taxpayers who pay for government with no say in how tax dollars are spent and no way to stop the ever-increasing theft of our labor (prosperity). Ask a small business or family who they really work for, and the answer is a bloated government.
Our Founding Fathers gave their blood for freedom, not serfdom.

California is the perfect example of serfdom through taxation. For decades, the Legislature's spending problems have been hidden by elaborate shell games. Move the debt around while they enact revenue schemes of ever-increasing fees, taxes, fines, licenses, permits, penalties and surcharges. Sadly, 33 million people aren't a large enough tax base as the Legislature and bureaucracies can't tax us fast enough.

◼ (CNSNews.com) – President Obama’s assertion on Sunday that he “didn’t raise taxes once” is “blatantly false,” a taxpayer watchdog group says. Obama made the claim in his pre-Super Bowl interview with Fox News host Bill O’Reilly.
According to Americans for Tax Reform (ATR), President Obama has signed into law at least two dozen tax increases. The first one – a federal tobacco tax hike – came just 16 days into his presidency.

ATR says the $1 trillion health care overhaul alone added numerous taxes, including the individual mandate that requires most Americans to purchase health insurance or else pay a fine.

During the legislative debate, Obama and Democrats in Congress argued that a penalty for not carrying insurance is not a tax. But in recent attempts to defend Obamacare as constitutional, the Obama Justice Department has called the penalty a tax...

Email ThisBlogThis!Share to TwitterShare to FacebookShare to Pinterest
Labels: In The News, Taxes

The Reagan Centennial-- A Weekend to Remember

Some 1,200 men and women from Ronald Reagan’s Washington and Sacramento staffs and his presidential campaigns gathered in Simi Valley last weekend for a reunion that commemorated the 100th anniversary of the 40th president’s birth.

A warm Southern California sun shone down on the proceedings (no clouds allowed) which began Saturday with a preview tour of the newly-renovated--and dazzling--museum at the Ronald Reagan Presidential Library. The displays cover his very full life, using memorabilia and many film and audio clips. In the early evening a reception was followed by a concert on the floor of the huge Air Force One Pavilion. Former Senator Fred Thompson was the master of ceremonies. Performers included The Beach Boys, the USC Marching Band, singer Ana Maria Perez de Tagle, Los Robles Master Chorale and others. Among the speakers--all brief--were former President George H.W. Bush, former Attorney General Edwin Meese, Texas Governor Rick Perry, Peggy Noonan and Rep. Aaron Schock, newly-elected from the Illinois district that includes Ronald Reagan’s alma mater, Eureka College.

A much smaller group then joined Mrs. Reagan for lunch at the Air Force One Pavilion, with pianists Michael Feinstein and Vladimir Feltsman playing several selections.

The site will feature current local, national and international news of interest, Republican activities, voter registration information, Republican principles, a selection of relevant blogs and many links, according to committee chairman Peter Hannaford.
"Updates will be made daily," Hannaford said.

Email ThisBlogThis!Share to TwitterShare to FacebookShare to Pinterest
Labels: Press

◼ Egypt protesters call for push to eject Mubarak news.yahoo
CAIRO (Reuters) – Protesters called for a push on Tuesday to eject President Hosni Mubarak from power after the government conceded little ground in talks with the opposition and sought to squeeze demonstrators out of central Cairo.

The Muslim Brotherhood, by far the best organized opposition group, said on Monday it could quit the process if protesters' demands were not met, including the immediate exit of Mubarak.

U.S. President Barack Obama however said the talks were making progress. "Obviously, Egypt has to negotiate a path and they're making progress," he told reporters in Washington.
at 12:34 AM 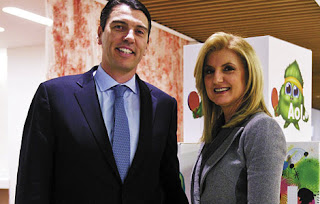 
“They must be in such dire straits that they’ve been blinded by the millions and think an acquisition of The Huffington Post is worth sacrificing credibility and objectivity,” Bozell said. "AOL News is fooling only itself in thinking there is no journalistic conflict in merging with a hate-filled, vicious, radically left-wing rag.”

◼ Media giant AOL Time Warner has posted the largest annual loss in US corporate history, while its single largest shareholder, Ted Turner, has thrown in the towel and resigned from his post as the company's vice president. What has gone wrong? - bbc.co.uk
links via ◼ drudge
at 12:27 AM 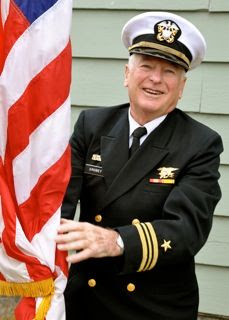 John H. Grobey will be speaking at Humboldt Republican Women Federated's February 17th meeting on the topic of Pearl Harbor and the Twin Towers: Some Similarities and the Differences, and Some Consequences. A Military Honor Guard will parade and post the colors. John is a retired economics and forestry professor who taught at HSU and University Washington.He also has had an extensive naval career. He retired from the Navy in 1972 with the rank of Lieutenant Commander. Currently, he serves as Post Adjutant for Post 2542 in Arcata, the Mad River Post, Veterans of Foreign Wars and a number of other military associations.

He entered graduate school at the University of Washington in 1961 where he earned two Master's degrees and a Ph. D. He taught at the University of Washington one year as a Research Instructor before being hired by HSU as an Assistant Professor of Economics. He eventually rose to the rank of Full Professor and was the Chairman of the Department of Economics for ten years. He was at HSU for 34 years.

His naval career began when he received a scholarship at University of Washington as a U.S. Navy Midshipman, where he took courses similar to those taught at the U.S. Naval Academy. He served aboard the USS Eldorado, which became the Flagship for the Commander of the Seventh Fleet, as a Communications Watch Officer mostly involved in Cryptology.

Email ThisBlogThis!Share to TwitterShare to FacebookShare to Pinterest
Labels: HRWF

◼ We have an excellent chance to defeat twelve Democratic incumbents (and to pick up the vacant seat of North Dakota’s Kent Conrad)....

in each case, the Tea Party supporters should carefully vet the established front running Republican candidates. Where they are found wanting – as Mike Castle was in Delaware and Charlie Crist was in Florida – by all means find opponents who are genuine conservatives and back them in the primary. But when the likely Republican nominee is a solid conservative, don’t mess around. Get behind him or her... read the rest
at 10:09 PM

THEY SAID IT BEST

“The success story of America is neighbor helping neighbor.”
--Ronald Reagan, 40th president of the United States, 1981.
at 12:38 PM

Email ThisBlogThis!Share to TwitterShare to FacebookShare to Pinterest
Labels: They Said It Best

◼ The Ronald Reagan Presidential Foundation You Tubes
at 12:01 AM