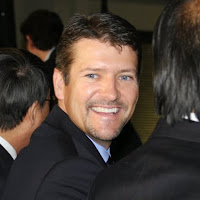 Palin said he has not spoken to Gingrich or anyone from the former House speaker’s campaign. But he said he respects Gingrich for what he went through in the 1990s and compared that scrutiny in public life to what Sarah Palin went through during her run for the vice presidency.
Todd Palin said he believes that being in the political trenches and experiencing the highs and lows help prepare a candidate for the future and the job of president.
He did not criticize any of the other candidates and said his “hat is off to everyone” in the Republican race.

◼ (S)ome form of a Palin/Gingrich alliance could prove quite formidable, and lead to incontinence in certain corners of the White House. . . - Smitty at The Other McCain
at 11:10 AM