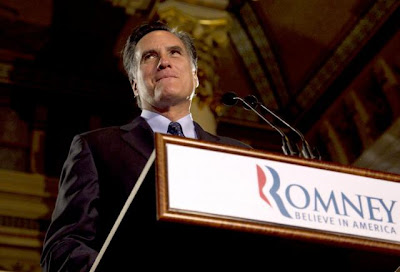 ◼ Mitt Romney won all three of Tuesday's Republican presidential primaries, putting more distance between himself and his closest contender, Rick Santorum, who indicated he plans to fight on to his home state of Pennsylvania and beyond. - CNN


Romney's wins in Wisconsin, Maryland and the District of Columbia put him past the halfway mark to the 1,144 delegates needed to clinch the nomination and add to a wide delegate lead that he holds over the other major GOP presidential candidates, according to CNN estimates.