Go Ahead and Read Rolling Stone's Profile of Dzhokhar Tsarnaev 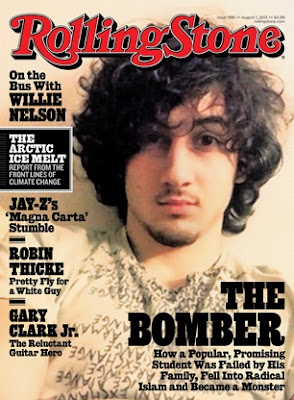 ◼ Jahar's World: He was a charming kid with a bright future. But no one saw the pain he was hiding or the monster he would become. - Janet Reitman/Rolling Stone


“CVS/pharmacy has decided not to sell the current issue of Rolling Stone featuring a cover photo of the Boston Marathon bombing suspect,” the Facebook post read. “As a company with deep roots in New England and a strong presence in Boston, we believe this is the right decision out of respect for the victims of the attack and their loved ones.”

This would have been a much better @RollingStone cover #BostonStrong pic.twitter.com/UMbx5LKZVd