"According to the Biblical prophecy, world history is about to change dramatically." 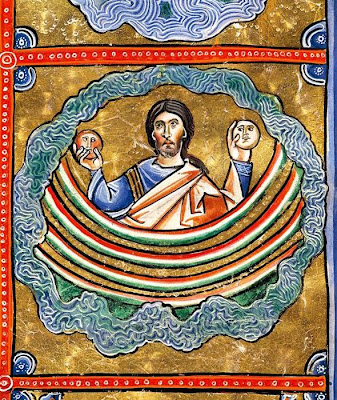 ◼ APOCALYPSE NOW: Why a rare astrological event LAST NIGHT could herald the 'End of Days' - Express.UK (Fun astrology stuff, for what it's worth)

Mars, Earth, and the Sun all aligned last night, a rare 'opposition of the planets' that only happens once every 778 days.

But what made this event so remarkable is that it occured precisely a week before everyone on earth will see the first of FOUR dark red 'blood moons', an extraordinary event some Christians believe represents the End of Days and the second coming of Christ.

The King James Bible predicts: "The sun shall be turned into darkness, and the moon into blood, before the great and the terrible day of the LORD comes," [Joel 2:31].

And, according to NASA, a highly unusual 'Tetrad' - four successive total 'blood-red' lunar eclipses each followed by six full moons - will, indeed, start next Tuesday and finish on September 28 2015.

The incredible alignment has only happened a handful of times in the last two thousand years but, remarkably, on each of the last three occasions it has coincided with a globally significant religious event....

"To get four blood moons you need something absolutely extraordinary in astrological terms.

"Every time this has happened in the last 500 years, it has coincided with tragedy for the Jewish people followed by triumph. And once again, for Israel, the timing of this Tetrad is remarkable.

"The first of the four blood moons will come on April 15 this year, during Passover. The second will be on October 8, at the time of the Feast of the Tabernacles.

"On April 4 2015, during Passover, we will have another blood moon. Then finally, on September 28, during next year's Feast of the Tabernacles, the fourth blood and final moon will dawn."

Though lunar eclipses are quite common, Astronomers of Humboldt member Jeff Schmitt said this tetrad of eclipses is “kind of exciting.”

”When you end up with several in a row like this, it's sort of unusual,” Schmitt said.

The first lunar eclipse in the tetrad will start at around 10 a.m. on April 14 for the West Coast, with a total phase occurring from around midnight to 1:30 p.m. on April 15.

Tetrads can be rare or common depending the time period, according to Astronomers of Humboldt Vice President Ken Yanosko.

...(Astronomers of Humboldt Vice President Ken) Yanosko said it is just orbits that cause the eclipses, not omens.

”I got an email from some crackpot saying that this was going to be the end of the world,” he said. “There are a lot of rumors and chatter.”