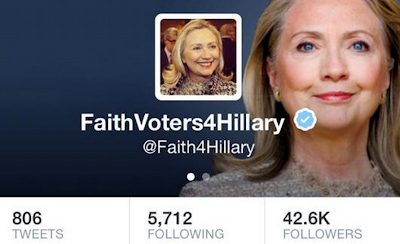 Clinton’s faith-based Twitter handle obtained 42 percent of her followers through “inorganic, fraudulent or dishonest means,” according to Twitter Audit. StatusPeople calculated that a mere 18 percent of followers were healthy, genuine followers.
at 10:27 PM