The Ebola of Journalism: Liberalism is Killing Time and CNN 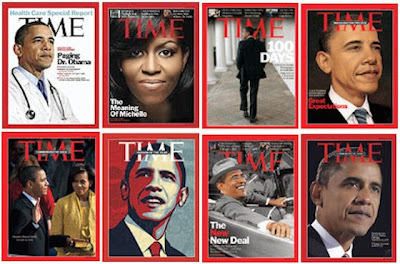 ◼ "Media companies, never, EVER consider that liberal tilt is bad for business, even as they sink into bankruptcy and stop publishing." - Brent Bozell/NewsBusters

Call it the Ebola of Journalism. And its spreading -- to Time and CNN.

...In a phrase? Why is this happening to Time and CNN? To borrow from ex-Bill Clinton strategist James Carville’s telling description of the central issue of the 1992 election? It’s the liberalism, stupid....

Time and CNN became all about the liberalism, not journalism. Liberals didn’t like Lou Dobbs? Then make his life at CNN difficult until he leaves. Liberals on the march in Ferguson? Put it on the cover of Time with a liberal slant. Obama? Put him on over a full one-quarter of Time’s 52 covers for 2008. Now, as with Newsweek, the results of decades of this liberal tilt are in. Time has been spun off with its staff laid off by the hundreds, and CNN is about to face massive layoffs, its ratings in the basement. But no matter -- the liberalism will still reign supreme.

What is remarkable here is the obsession with liberalism even if it comes down to a question of survival. Given a choice of going the straight fair-and-balanced route that has made Fox News the place-to-go for news and opinion, the response is journalistic suicide.

So now here come the layoffs at CNN. Will CNN change direction? Of course not. Neither will Time. Their financial, circulation and ratings life blood draining away, CNN is still as scornful of Fox as Time editors are doubtless proud of all those fawning Obama covers. Newsweek died even as its editors still glowed with pride about putting Sarah Palin on the cover in running shorts and snickering "How Do You Solve A Problem Like Sarah? She’s Bad News For The GOP - And For Everybody Else Too."

Time and CNN are dying. And unless they change, they will die. Why? Because in effect, liberalism is proving to be the Ebola of Journalism, its deathly effect spreading from Newsweek to Time to CNN -- and doubtless beyond.
at 12:54 PM