Dean Boyd, a Justice Department spokesperson, told POLITICO, “To our knowledge, the Justice Department has never ‘compromised’ Ms. Atkisson’s computers, or otherwise sought any information from or concerning any telephone, computer or other media device she may own or use.” 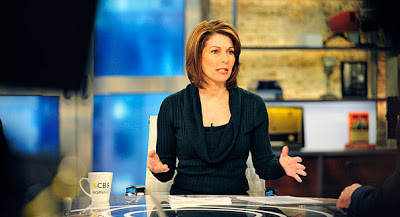 “...You ask what makes Sharyl tick: It’s that she’s highly skeptical of people in power, and right now the people in power are Democrats,” one source said. “I don’t see her as an agenda-driven reporter.”

“[Attkisson believes] that public officials and federal officials work for us, and that it’s gotten to the point where they don’t believe that they should be held accountable,” another source said. “That’s not partisan.”
at 9:59 AM

CBS FAST AND FURIOUS/BENGHAZI REPORTER SHARYL ATTKISSON SAYS HER COMPUTERS COMPROMISED: ‘THERE COULD BE SOME RELATIONSHIP’ TO WHAT HAPPENED TO FOX REPORTER

◼ Emmy-award winning CBS News investigative journalist Sharyl Attkisson, who has been ferociously investigating Benghazi and Fast and Furious, says her personal and work computers have been compromised and the matter is currently under investigation. - /Jason Howerton/THE BLAZE

“I can confirm that an intrusion of my computers has been under some investigation on my end for some months but I’m not prepared to make an allegation against a specific entity today as I’ve been patient and methodical about this matter,” Attkisson told Politico on Tuesday. “I need to check with my attorney and CBS to get their recommendations on info we make public.”

In a separate interview with WPHT Philadelphia on Tuesday, Attkisson told Chris Stigall that something peculiar had been going on with her computers since Feb. 2011, coincidentally the same time she was reporting on the failed federal gun-walking operation known as Fast and Furious and the Obama administration’s green energy spending.

In an earlier interview with WPHT Philadelphia, Attkisson said that though she did not know the full details of the intrustion, "there could be some relationship between these things and what's happened to James [Rosen]," the Fox News reporter who became the subject of a Justice Dept. investigation after reporting on CIA intelligence about North Korea in 2009.
at 10:04 AM

◼ This Time, It’s Personal: DOJ vs. Rosen Another Ugly Chapter Of Obama vs. Fox - Joe Concha/Mediaite

◼ Krauthammer says Obama admin TRASHED First Amendment as a ruse to get Fox reporter emails, calls it ‘a travesty’ - The Right Scoop

◼ How much news has the Obama administration successfully suppressed? - Philip Klein/Washington Examiner @philipklein

On the heels of news that the Obama administration Department of Justice was spying on reporters at the Associated Press, Monday brought the startling disclosure by the Washington Post that the DOJ had also targeted Fox reporter James Rosen for surveillance in an effort to plug up leaks.

Additionally, the New Yorker’s Ryan Lizza obtained the full application for a search warrant of Rosen’s personal email account, in which the DOJ accused him of being “an aider and abettor and/or co-conspirator.” As Lizza put it, “Rosen was not charged with any crime, but it is unprecedented for the government, in an official court document, to accuse a reporter of breaking the law for conducting the routine business of reporting on government secrets.”

These investigations are shocking when taken alone, but as as Reason’s J.D. Tuccille notes, it’s important to consider these events in their broader context of the Obama administration’s long-running war against the free press.

The investigation of Rosen was first reported Monday, after The Washington Post obtained court documents containing details of the case.

A federal judge had ordered the documents unsealed in November 2011, but they were kept sealed for 18 months and not posted on the court’s online docket until last week, after The Post inquired about them....

Rosen has not been prosecuted, but the Justice Department’s characterization of him in the search-warrant affidavit as a possible “co-conspirator” has alarmed civil libertarians as well as First Amendment watchdogs.

The Justice Department did more than seize a Fox News reporter's emails while suggesting he was a criminal "co-conspirator" in a leak case -- it did so under one of the most serious wartime laws in America, the Espionage Act.

It's the same law used by the Nixon administration to go after The New York Times and Daniel Ellsberg over the leak of the Pentagon Papers. It's the law used to charge the Rosenbergs, American communists, for allegedly passing secret information to the Soviet Union -- they were executed for the offense in 1953.

One Washington attorney, who represents two defendants recently charged under that World War I-era law, told FoxNews.com that the decision by the Justice Department to invoke it in the current case is "beyond chilling" -- and could set a dangerous precedent for going after reporters.

"This kind of puts us into the deep freeze," attorney Jesselyn Radack said. "I feel like we're back to the Dark Ages."

Previously: A recap of the posts on this site, each one chock full of links...

◼ CBS FAST AND FURIOUS/BENGHAZI REPORTER SHARYL ATTKISSON SAYS HER COMPUTERS COMPROMISED: ‘THERE COULD BE SOME RELATIONSHIP’ TO WHAT HAPPENED TO FOX REPORTER
◼ Not just Rosen: A livid Megyn Kelly reports 2 reporters, 1 producer at Fox News targeted by DOJ
◼ Shredding the Constitution: Obama’s attack on the media
◼ AP boss: Our sources now ‘fear they will be monitored by the government’
◼ JOE SCARBOROUGH, PIERS MORGAN: OBAMA SCANDALS PROVE GUN ADVOCATES AREN'T CRAZY
◼ Krauthammer: Obama “Understands He’s Losing His Constituency – The Media” (Video)
◼ Would You Believe The Administration Got Phone Records of The House Of Representatives? Along with AP reporters'...
◼ Media turn on Obama in response to AP probe
◼ First they came for FOX News: Obama Justice Department Seizes AP Phone Records
◼ ‘B—H,’ ‘C–T’: REPORTERS OPEN UP ABOUT OBSCENITIES AND ABUSE FROM OBAMA SPOKESPEOPLE
◼ Michael Hastings: "There Are People Waiting For Woodward To Die So They Can Dish Stuff On Him"
◼ Meanwhile Obama maintains plausible deniability, keeping himself removed from the dirty work that continually swirls around him, and of which Bob Woodward is hardly the only recipient. He just may be the one who’s talking about it.
◼ LANNY DAVIS: WH threatened me, too... UPDATED
◼ WHITE HOUSE THREATENS BOB WOODWARD: 'YOU WILL REGRET DOING THIS'

A refresher as to why some were out to get John Dodson. Here's our first CBS NewsFast and Furious report with him: cbsnews.com/stories/2011/0…

◼ Agent: I was ordered to let U.S. guns into Mexico - SharylAttkisson/CBS

IG concluded that Burke’s disclosure was likely motivated by a desire to undermine Dodson’s public criticisms of Operation Fast and Furious.

IG determined that Dennis Burke, who was then US Attorney for Arizona, provided the memo to a news outlet... violating Department policies.

...through the unauthorized disclosure in late June 2011 of an ATF memorandum that he had drafted.