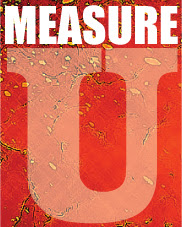 ◼ FULL TEXT OF MEASURE U

A RESOLUTION OF THE BOARD OF DIRECTORS OF THE TELEGRAPH RIDGE FIRE PROTECTION DISTRICT SUBMITTING TO THE VOTERS AT THE STATEWIDE ELECTION ON March 3, 2020, A PROPOSED FIRE PROTECTION SPECIAL PARCEL TAX; REQUESTING THE BOARD OF SUPERVISORS OF HUMBOLDT COUNTY TO CONSOLIDATE SAID ELECTION WITH THE STATEWIDE ELECTION; AND DIRECTING THE DISTRICT CLERK TO TAKE ANY AND ALL ACTIONS NECESSARY UNDER LAW TO PREARE FOR AND CONDUCT THE ELECTION

WHEREAS, the Telegraph Ridge Fire Protection District (hereafter “District”) was officially formed on March 14, 1990, and provides fire protection services throughout the district boundaries, as expanded on November 10, 2015;

WHEREAS, in 1989, the voters within the Telegraph Ridge Fire Protection District approved a special tax of $10 per unimproved parcel and $30 per improved parcel;

WHEREAS, additional funds are necessary to provide adequate levels of service within the Telegraph Ridge Fire Protection District; and

WHEREAS, pursuant to the authority of Sections 13911 and 13913 of the California Health and Safety Code, and other applicable law, the District may levy a special tax on all parcels of real property in the District for the purpose of providing fire protection and emergency services, subject to the approval by a two-thirds vote of the qualified voters of the District voting in an election on the issue; and

WHEREAS, the special tax, if approved, would generate approximately $22,345 per year in revenue and would be apportioned to property in the following manner: (a) $55 for improved parcels containing one or more family residential dwellings; (b) $75 for unimproved parcels; and (c) $150 for improved parcels containing commercial structures and manufactured home parks. Revenue from this special tax will be used for vehicle and equipment maintenance, fire fighter training, necessary fire station infrastructure, acquisition of Ettersburg Fire Station parcel, and ever increasing insurance costs; and

WHEREAS, residents of this District will benefit from tax by having a fully equipped and trained fire fighting contingent centrally placed within the district boundaries. Funds will ensure that equipment is maintained and serviced in a timely manner as needed. Increased revenue will allow for increased training opportunities, better personal protective equipment, and overall better service to the constituents; and

WHEREAS, the special tax, if approved by the voters, includes two specific exemptions that (1) allow that any such parcels that are contiguous, undeveloped, held under identical ownership, and contain average fuel loading below a given threshold to be treated as a single parcel and may, upon approval of an application of the owners thereof to the District Board, be treated as a single parcel for purposes of this special tax, and (2) Provide for A Hardship Exemption, to allow landowners who fall within the U.S. Department of Housing and Urban Development guidelines for ‘very low’ or ‘Poverty level’ income to apply for an exemption from the tax; and

WHEREAS, pursuant to its rights and authority under State law, the Board of Directors of the District may call a Special Election to be held in the District on March 3, 2020, for the purpose of submitting a ballot measure to the voters of the District; and

WHEREAS, pursuant to the California Elections Code, it is appropriate for the Board to request consolidation of the election with any and all other elections to be held on Tuesday, March 3, 2020 and to request the County of Humboldt Elections Office to perform certain election services for the District.

NOW, THEREFORE BE IT RESOLVED that the Telegraph Ridge Fire Protection District does hereby:

California Government Code section 53724 authorizes fire districts to adopt, by resolution or ordinance, a special tax upon the approval of two-thirds of the voters of the district. Pursuant to this authority, the Board of Directors (“Board) of the Telegraph Ridge Fire Protection District (“District”) proposes by resolution, through Measure U, to impose a special tax on real property located within the Telegraph Ridge Fire Protection District for fire protection and emergency medical services. Revenue from the special tax would be used only for fire protection and emergency services, including vehicle and equipment maintenance, fire fighter training, fire station infrastructure, acquisition of the Ettersburg Fire Station parcel, and insurance costs. Additional specifics of the projects Measure U would fund are included in the proposed Measure U resolution. If approved by two-thirds of the voters, the special tax would supersede the existing special tax approved in 1989.

Parcels which are contiguous, undeveloped, held under identical ownership, and can be demonstrated to contain average fuel loads, as determined by the District, may be treated as a single parcel for purposes of the special tax, upon approval of an application to the District submitted by the property owners. Property owners would also be able to apply for a hardship exemption from the special tax by declaring “very low” or “poverty level” income as established by the U.S. Department of Housing and Urban Development.

If two-thirds of the voters of the District voting on Measure U vote yes, the District will be authorized to levy the special tax for fire protection services.

A no vote on Measure U will disapprove levying the special tax for fire protection services.

The Telegraph Ridge Fire Protection District annual parcel fee has not increased in 30 years! The current charges of $10 per undeveloped parcel and $30 per developed parcel generate about $10,000 annually which barely covers vehicle, liability, and workers’ comp insurance.
Other local fire districts receive annual parcel fees in the $85 to $125 range. Shelter Cove is $125 for example. This proposed additional parcel fee, bringing most parcels to $85 total, will not even produce enough revenue to meet current annual budget needs. Fundraising and grant writing will still be necessary to cover expenses, but it seems like a fair fee to help sustain the Fire District, and it will go a long way to support the department’s 10 volunteer firefighters and 5 pieces of fire apparatus.

The cost of engine repairs, maintenance, fuel, training and insurance has been steadily increasing over the last 30 years: the Fire District simply cannot continue functioning with 1989-level tax revenue.

A newer engine, new gear and a new firehouse have been made possible through grants, donations, and Measure 'Z' funds. The property for the new Ettersburg Fire Station is being purchased by the TRFPD from the school district at a cost of $30,000 per year, through 2023. When the school property is paid off, it may be possible to replace aging equipment, develop necessary infrastructure, and pay other rising costs associated with running a fire department.

Remember, an all-volunteer fire department means no money is being spent on payroll. The unpaid Telegraph Ridge firefighters are training and drilling year round to provide you with prompt, skilled emergency services. TRFPD is dedicated to serving you, please support us in our efforts!

If you want continued fire protection and a timely, local response when you dial 911, please vote YES ON 'U'.

THERE IS NO ARGUMENT AGAINST POSTED AT THIS TIME. (INFORMATION ABOVE IS FROM THE HUMBOLDT COUNTY OFFICE OF ELECTIONS)
Note: State propositions, and state and federal candidate information is available at the Secretary of State website: https://www.sos.ca.gov/.

Local governments load the March ballot with tax measures and bonds that would increase property taxes.https://t.co/dXUUqM0tIN